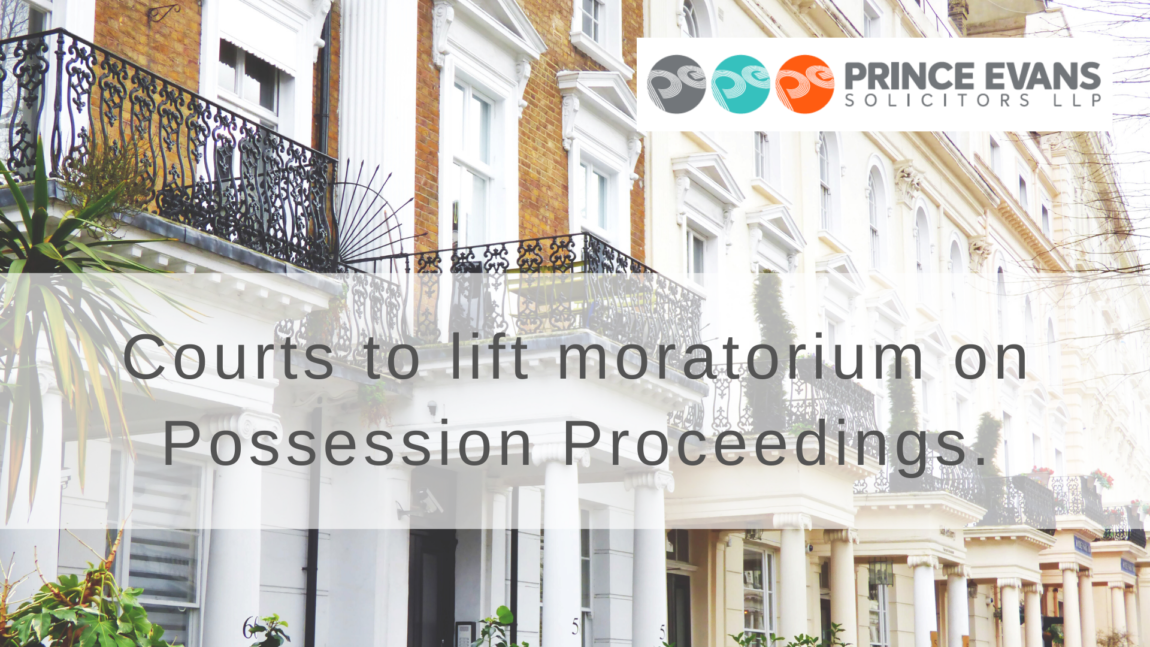 The Courts will no longer be subject to  the moratorium  on residential possession proceedings after 23rd August 2020.

The original moratorium was put in place to protect ‘renters’  from being made homeless during the Covid-19 pandemic and give them security .  Last month the Government extended the original stay on all stages of the possession process to include the issuing of  proceedings , hearings and bailiff’s appointments until 23 August. It will have been in place for a total of five months. In addition Housing Act1988 notices seeking possession were extended to run for a minimum period of 3 months.

Now that the government are reducing the  lockdown measures, Lord Greenhalgh, a junior minister at the Ministry for Housing, Communities and Local Government, has confirmed that from 24 August “the courts will begin to process possession cases again” when responding to Parliamentary questions.

Whilst tenants have  been given greater certainty  and security by the moratorium since March, Landlords, who have been encouraged to work with tenants  to come to a reasonable arrangements regarding any arrears and take into account  the tenants change in circumstances, have found that either existing possession cases have been in limbo, or that they cannot take effective Court action regarding  those tenant who are not co-operating.

The manner in which possession cases will be dealt with may well change, with a greater use of remote hearings either by telephone, or video so long as the Courts are not proceeding with cases in person in a Courtroom due to the requirements of social distancing; and also the potential introduction of a pre-action protocol for private landlords to comply with before notices and proceedings are issued, similar to the protocol that applies to possession proceedings issued by Social Landlords.

Written by Jeremy Teall, Partner & Head of Landlord and Tenant

Reactivation of possession claims on the expiry of the stay