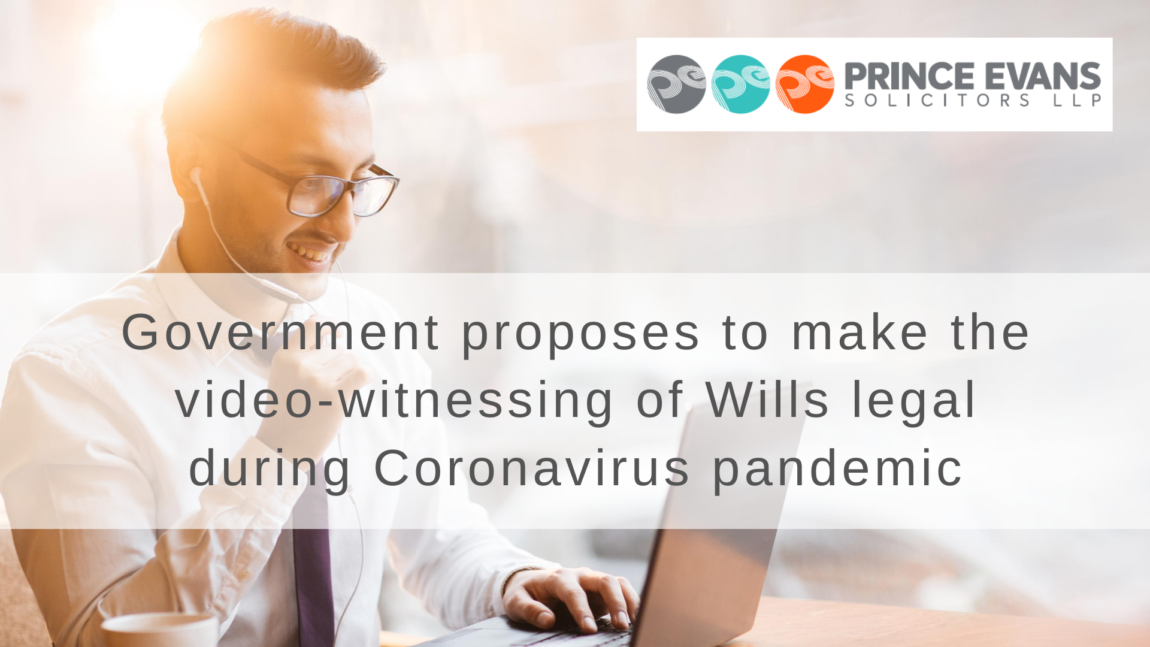 The coronavirus pandemic has seen a surge in the number of people making Wills.  However, as expected, those shielding or self-isolating have faced difficulties when it comes to complying with the legal formalities of executing a Will.

To this end, the Government proposes to amend the Wills Act 1837 to state that the ‘presence’ of those making and witnessing Wills includes, as an alternative to a physical presence, a virtual presence, being via video-link.  The quality of the sound and video must be sufficient so that all persons involved can see and hear what is happening.

The Government has published guidance detailing how Wills should be video-witnessed.  The process is set out below:

Under the current law, the witnessing of Wills always needs to be done in person and in order for a Will to be valid, the person making the Will (the “testator”) must:

In addition, there are certain formalities that must be complied with when executing a Will.

This means that, provided the testator and the witnesses each have a clear line of sight, a Will could currently be properly executed by: witnessing it through a window or open door; or witnessing it outdoors.  In both of these scenarios clients should ensure that they follow the Government’s guidance on social distancing.

Despite the Government’s proposal, it is best practice for all clients, where possible, to execute their Wills in the physical presence of witnesses.  Particularly as the draft legislation has not yet been published and there is no guarantee that the temporary legislation will come into force in the same terms outlined in the Government’s guidance, published on 25 July 2020.

It is also widely acknowledged that there will be some risks associated with video-witnessing Wills.  Testators could be at risk of being unduly influenced by persons in the same room, but not seen on camera.  In addition, it is possible that the testator could die before the witnesses have signed the Will.

Due to the risks of undue influence or fraud against the testator, the Government does not propose to allow electronic signatures as part of this temporary legislation.

It is proposed that the temporary legislation will apply until 31 January 2022, however this period may be shortened or extended by the Government.

Please note that this temporary legislation will not apply to cases where a Grant of Probate has been issued or where the application has been submitted and is in the process of being administered.

You can read the full text of the Government’s guidance on making wills using video-conferencing, published on 25 July 2020, at: https://www.gov.uk/guidance/guidance-on-making-wills-using-video-conferencing.

Please contact Prince Evans’ Wills, Trusts and Probate Department for a friendly, no obligation, chat on 0208 567 3477 or over email at ben.davies@prince-evans.co.uk