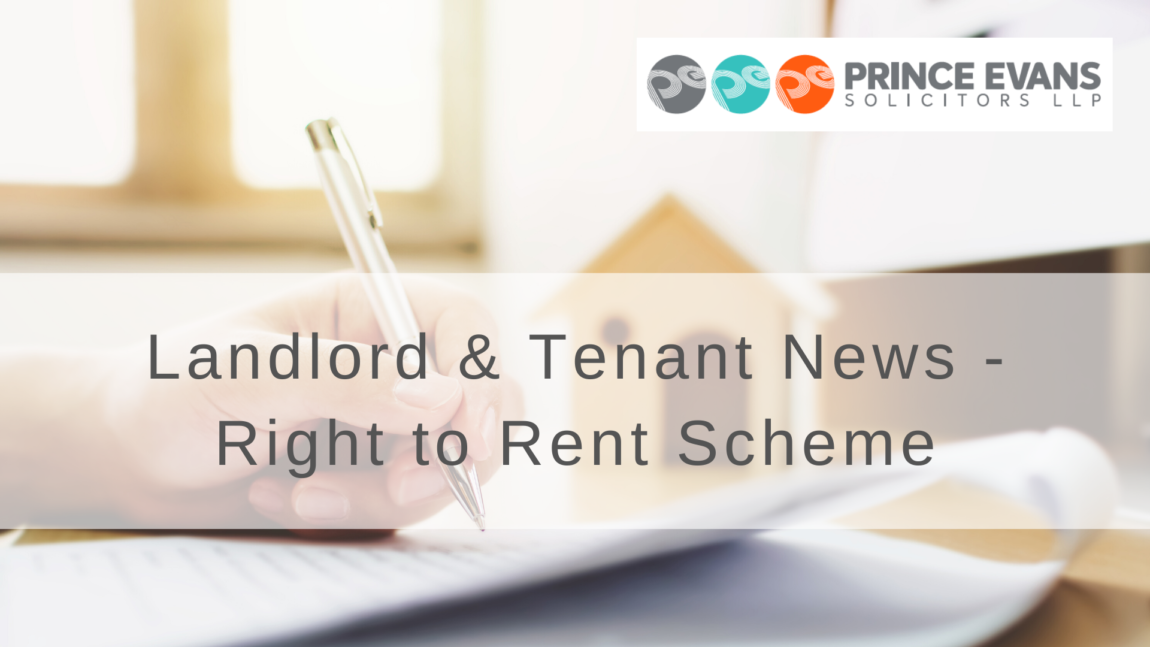 The Court of Appeal have ruled that the Right to Rent Scheme requiring residential landlords to check the immigration status of potential tenants is not discriminatory nor in breach of Article 14 of the European Convention on Human Rights.

In 2016, the Government introduced the Right to Rent Scheme (“the Scheme”).

The Scheme requires landlords who let private property in England to check the immigration status of their prospective tenants.

Under the Scheme, if a landlord enters into a tenancy agreement with an illegal migrant, they could be liable for a civil penalty.

However, if a landlord:

they will have a statutory excuse against such a penalty.

If a landlord knowingly lets their property to an illegal migrant, they could be charged with a criminal offence.

The Scheme was implemented to tackle the illegal residence of private property, to increase the number of properties on the housing market for lawful residents and to enable rogue landlords, who deliberately exploit the situation of illegal immigrants, to be penalised or prevented from doing so.

On 8 February 2018, the Joint Council for the Welfare of Immigrants issued judicial review proceedings against the Secretary of State.  The proceedings challenged the lawfulness of the Scheme on the basis that its provisions were incompatible with Articles 14 (Prohibition of discrimination) and 8 (Right to respect for private and family life) of the European Convention on Human Rights (“ECHR”).  It was argued that the Scheme had caused landlords to commit nationality and/or race discrimination against those who did not hold British passports and, in particular, those who did not hold British passports and who did not have apparently ethnically British attributes, such as name.

The High Court ruled against the Government and held that the Scheme was discriminatory and incompatible with human rights law.

The Government appealed this decision.

In April 2020, the Court of Appeal overturned the High Court’s decision and allowed the Government’s appeal.

The Court of Appeal ruled that the Scheme does not intend, encourage or directly create discrimination.  The Court of Appeal acknowledged that, as a result of administrative convenience and a fear of the consequences of letting to an irregular immigrant, there was evidence of discrimination by landlords against those who do not have British passports.  However, in its judgment the Court of Appeal noted that, on the available evidence, many landlords comply with the administrative requirements of the Scheme without discriminating against prospective tenants.  Whilst discrimination would cause delay for some regular immigrants who seek accommodation in the private rental market, the potential tenants do not necessarily become homeless, particularly as the most vulnerable may be entitled to some assistance under the Housing Act 1996.

In view of all the factors, including the discrimination to which it gives rise, the Court of Appeal considered the Scheme to be a proportionate means of achieving a legitimate objective and therefore its provisions were considered justified.

The Court of Appeal did not consider the Scheme to be in breach of Article 14 of the ECHR, when read with Article 8 of the ECHR.

The Joint Council for the Welfare of Immigrants is seeking permission to appeal to the Supreme Court.

Landlords and agents should apply the right to rent checks in a fair, justifiable and consistent manner, regardless as to whether they believe the prospective tenant to be British, settled or a person with limited permission to be in the UK.